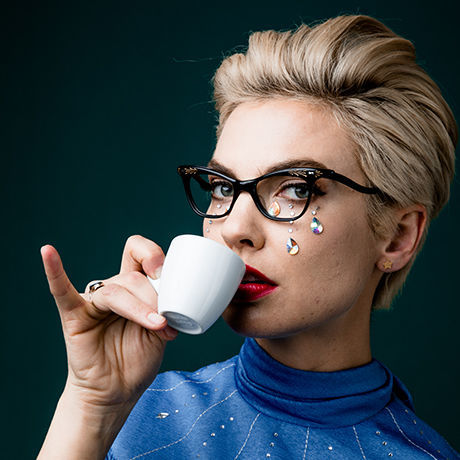 Mindy Gledhill’s relentless search for meaning through music has led her all over the map—from recording wildly successful indie albums with award winning producers to being a guest artist on multiple acclaimed albums including a Grammy-nominated album (Kaskade’s Fire & Ice). She ventured further down the rabbit hole of music, chasing the allure of music in film where she caught spots on primetime TV (So You Think You Can Dance, Bones, 20/20, The Good Wife, Dancing with the Stars), and in commercials (Fruit of the Loom’s Olympic ad campaign, State Farm Insurance Super Bowl Campaign, and LG Phones to name a few). Her hunger to wander also led her to sing and dance with women in the jungle on a humanitarian trip to Kenya, to lead an artists’ retreat to Morocco, to guest-star with orchestras, rock bands and bluegrass revivalists. Suddenly, she found herself with a #1 single in Korea, sold-out tours in Japan, and sold out shows peppering the U.S. The trails she has blazed, complete with unexpected forks, twists and turns, have brought her to the destination of an upcoming new album on her musical map, appropriately titled, ‘Rabbit Hole.’

This site uses Akismet to reduce spam. Learn how your comment data is processed.