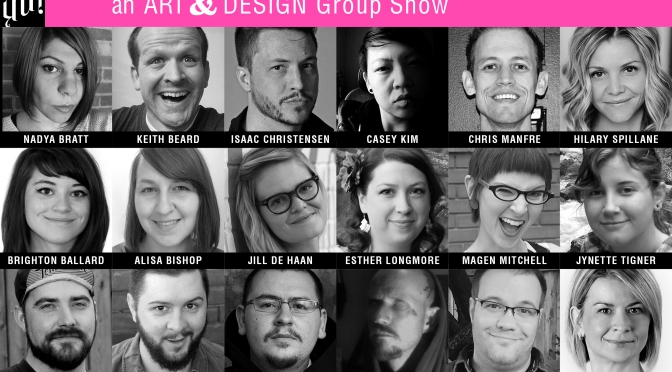 If you haven’t visited the INK Show yet, be sure to check it out. We’re happy and proud to show the work of eighteen Alumni & Friends of INK.

Formed out of the artistic collaboration between married artists Nick Burke and Magen Mitchell, the two have taken their love for anime, monsters, Japanese culture and pure geekdom to make these badass handcrafted and painted jewelry pieces. Everything from necklaces to earrings to pins can be found in their shop, featuring unique designs not found anywhere else — and most of them for a limited time, as their inventory tends to get plundered during conventions.

“The Craft Lake City DIY (Do-It-Yourself) Festival was formed in 2009 by Angela H. Brown, editor and publisher of SLUG Magazine (Salt Lake UnderGround), as a way to showcase local DIY (do it yourself) culture.

Furthermore, the organization seeks to enhance Utah’s DIY arts culture by broadening the definition of “craft”  to encompass all things handmade – including craft food, STEM and DIY engineers (electronic makers).” 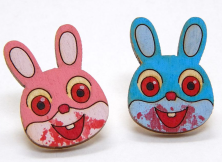 “Magen Mitchell is joining us from Obake Style! You’re definitely going to enjoy her creepy cute work! Get a sneak peek of her piece right here!

Magen Mitchell is a multi-media artist from Salt Lake City, Utah. She started life as an illustrator and graphic designer, took up painting, learned to screen print, and now plays with laser-cut wood. She likes to shake things up and try new mediums. Her brand, Obake Style, comes from the Japanese word for shape-shifting goblins. There’s playfulness in the way she blends the unexpected.

As a child of the 80s, Magen was really influenced by the wave of anime, manga, and video games that were adapted for American children around that time and it shows in her work. But she’s also heavily influenced by the graphic, often symmetrical nature of traditional folk art. Her favorite subjects to depict in her work are cute and/or creepy. She likes to combine related or even diametrically opposed ideas into surprising results.”

“Three Chicks who love pop culture, Jane Estantino, Stephanie Han, and Katie McAtee, came together with the re-release of the 20th anniversary of the Sailor Moon anime. With a shared love of Sailor Moon, this art show represents their desire to share that love and some fantastic inspired works with other fans.

“We had a great time Amazing Las Vegas Comic Con! We met some cool people, acquired new toys and comics, ate good food, and generally had a great adventure.”